Freckles, Warts, Moles: When to Get Them Checked 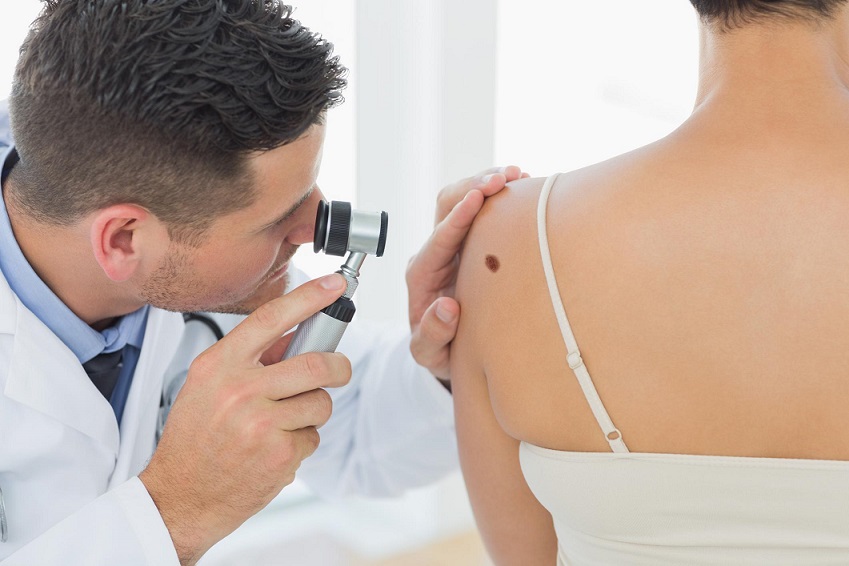 08 Mar Freckles, Warts, Moles: When to Get Them Checked

It happens to most people: you’re checking yourself out in the mirror, and you happen to notice a little brown fleck on your skin where you’re certain there wasn’t one before. It might just be a freckle; it might be a mole. Whatever it is, those little spots’ sudden appearance can sometimes be cause for alarm.

While there’s no clear data examining just how many people have freckles or a rogue skin mark, it is safe to say that a fair amount of the American population has a little spot somewhere. Only a small percentage of these little spots can develop into cancer—what most people worry about when they see a previously undetected freckle—so it’s beneficial to be able to spot the difference between these skin irregularities.

Freckles, also known as ephelides, are the most well-known spots, commonly found dotting the nose and cheeks of fair-skinned people, though they can appear anywhere on the body. They are flat and have blurred, soft edges, and become more prominent when exposed to sun.

And though you’ve probably never heard of them, lentigines are just as common. They differ from ephelides in that they have clearly defined borders, and often form after long-term sun exposure. Liver spots, a form of lentigines, are also called age spots or solar lentigo. Like their name implies, they come with age. All of these spots are generally harmless.

Moles are most commonly associated with skin cancer, but a large number of moles never become cancerous. A mole is a general name for any number of nevi—the “official” term for a group of these type of pigmented skin lesions—so they vary in appearance. Moles are raised, and can be dark brown, tan or pink. Though many moles are harmless, it is always recommended that people become familiar with how many moles they have and what they look like to determine if the mole should be checked by a dermatologist. In general everyone should have a full skin exam done at least once per year; more frequently depending on the number and type of moles, personal or family history of skin cancer, the amount of sun exposure they have had or if they have a new or changing mole(s).

Warts are different from freckles and moles as they are directly caused by one of the many types of human papilloma virus (HPV). Most people get a wart or two at least some point in their lives, and they generally resolve on their own after a few weeks or months.

However, sometimes warts just won’t go away. Some warts, such as plantar warts, can become painful if left untreated, as they grow inward rather than outward. Other warts may not cause any pain, but they can cause embarrassment. In places where the weather is often warm, such as sunny Long Beach, wart removal can be an easy, painless way to let you feel comfortable going barefoot (or gloveless).

Back to the ABCs (and DEs)

While warts and freckles are benign, melanomas may be masquerading as moles. A malignant melanoma is a cancerous pigmented skin lesion that forms primarily after extensive ultraviolet light (UV) exposure; many melanomas develop from existing moles, which is why it is important to keep track of any moles you currently have. The “Ugly Duckling” and the ABCDEs of melanoma methods, can help you determine differences  between a benign versus malignant mole. When looking at your moles, you are looking for the one that stands out from the surrounding moles, “the ugly duckling.”  The ABCDEs help to further distinguish benign versus malignant appearance and behavior of moles.

Asymmetry: Benign moles are symmetrical—one half is a mirror image of the other—while melanomas are not.

Border: While benign moles have smooth, even borders, a melanoma has irregular borders and uneven shapes.

Color: Benign moles are generally one color (the aforementioned dark brown, tan or pink). A melanoma can comprise more than one shade of brown or black, or even show colors such as red, blue or white.

Diameter: Melanomas are often larger than benign moles, and will grow with time. Melanomas tend to be bigger than 6 mm in diameter (the head of a pencil eraser), though may be smaller if detected early.

Evolving: When the mole is evolving—i.e. changing—in any way, including bleeding, itching or crusting, it may be a sign of a melanoma.

Most skin spots are harmless, but there are times when there is cause for concern. When a spot suddenly appears—or an existing one starts to change—it may be time to see a dermatologist.

If you have any questions about skin spots, or would like to schedule an appointment, contact Ulmer and Wu Dermatology at (562) 435-5621.

What Causes Moles to Suddenly Appear