Get Rid of That Double Chin with Kybella 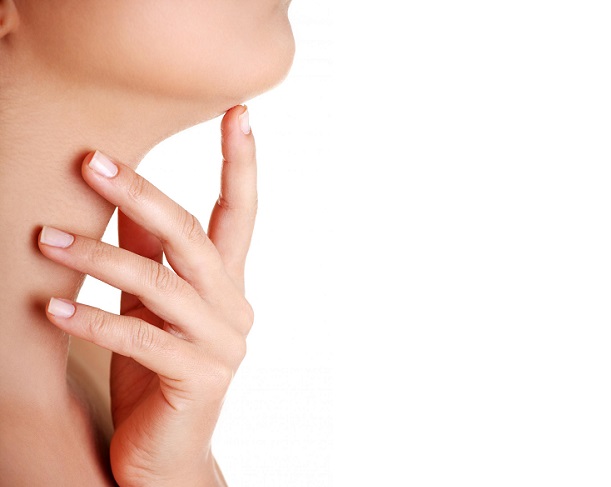 19 Jun Get Rid of That Double Chin with Kybella

A lot of people have it, but no one wants it: the dreaded double chin. In fact, a 2016 survey from the American Society for Dermatologic Surgery showed that an incredible 73 percent of respondents were concerned about the excess fat under their chins and necks, also referred to as submental fullness.

Double chins form when fat around the neck sags and creates a crease, and they can be caused by any number and combination of factors: weight gain, age or genetics. Many with this common condition have tried all the exercises to get rid of their double chins, only to find that most, if not all, make little to no improvement.

When the exercising and dieting doesn’t work, double chins have been removed through surgery or liposuction—with a little muscle tightening—but some patients wish to avoid going under the knife. For these patients, a new and different method may be a great choice.

In 2015, the FDA approved Kybella as a method to treat moderate to severe submental fullness, and it is now the only injectable approved by the FDA for use in eliminating double chins. The formulation of Kybella is identical to the naturally occurring deoxycholic acid, a substance found in the body that works to break down and absorb fat.

When injected into the skin, the deoxycholic acid does its job: Kybella breaks down and destroys fat cells, therefore shrinking and then eliminating the double chin. Because the fat cells in the area are destroyed, fat can no longer be stored there—meaning that fat may be eliminated for a lifetime.

What to Expect From Kybella

A qualified dermatologist or plastic surgeon will examine your chin to determine the best course of action with Kybella. However, most patients receive multiple treatments over a period of time that total up to six treatments. Most patients can expect to receive injections at one-month intervals for six months. Each treatment session, which are simple outpatient procedures that last just 20 to 30 minutes, comprise a series of injections under the chin.

Patients can expect to see results after the second to fourth treatment session. There may be some swelling, bruising, numbness, redness or hard areas under the chin, which generally resolve on their own. Other less common side effects as demonstrated in the clinical trials included facial muscle weakness or trouble swallowing, though both side effects also resolved on their own.

Even when all the exercising and dieting has failed, you don’t have to live with a double chin—Kybella can help.