The Benefits of Microneedling 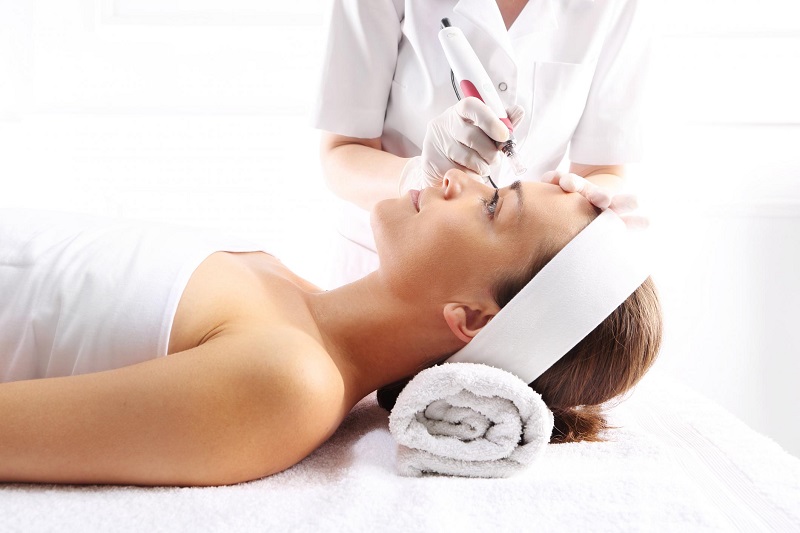 17 Jul The Benefits of Microneedling

Like any other trends, skin treatments come and go. What was once popular fades away to make room for new, improved procedures and products that promise to give you the youthful, smooth skin. One relatively new skin treatment, however, shows some real staying power: microneedling.

With microneedling, also called collagen induction therapy (CIT), skin needling or dermaroller therapy, a  pen with several very small needles is used to poke tiny holes in the skin. These tiny micro-wounds cause the skin to ramp up the production of collagen and elastin, as well as build new capillaries for improved blood flow.

Some dermatology offices use specially made single needles, while others use the dermaroller, a small, rotating drum featuring dozens of microneedles. The skin is often numbed beforehand to ease any discomfort during treatment, which can last from a few minutes to an hour.

Dermarollers for at-home use by patients themselves have also been introduced, but these are much different from those that the professionals use. For example, a microneedle used in a dermatology office may be 0.5–2mm long, depending on the treatment type, while the needles on an at-home dermaroller are just 0.15–0.2mm long. These home-care dermarollers can help to reduce fine lines and pores, as well as allow for better absorption of topical skin products, but they will not achieve the same drastic results as a professional dermatology office.

It’s a trendy treatment for a reason—microneedling works.

Besides scars resulting from acne, there have been multiple studies that prove the efficacy of microneedling on the appearance of non-acne scarring. Improvement has been shown in surgical, hypertrophic, varicella (chicken pox) and burn scars, which, in yet another study on microneedling, were reduced by as much as 80 percent.

There are more people that have stretch marks, also known as striae, than those that do not. But even though they’re common, everyone wants them gone. While there is no treatment that completely erases all signs of them, one small-scale study showed that microneedling markedly improved the appearance of stretch marks in nearly half of the 16 patients.

Wrinkles form, in part, from the loss of collagen and elasticity in the skin—and microneedling boosts both. Studies have shown that microneedling, smooths wrinkles and fine lines in facial skin.

In addition to increasing the levels of collagen and elastin, microneedling encourages the formation of new capillaries, both of which lead to an overall rejuvenation of the skin. Skin becomes plumper, fills with more color, and feels firmer to the touch, all contributing to a more youthful, energized appearance.

Microneedling may be a trend, but it’s a skin treatment that actually works.