Dr.’s Ulmer and Wu manage a dermatology practice in Long Beach that embodies the experience of excellence in all aspects of skin treatment.

Dr. Ulmer has established a tradition of providing the highest standard care, while incorporating the newest technology and latest dermatologic research into his protocols. His philosophy is simple: treat people with skin disease effectively and completely. Long-standing loyalty to his patients and staff has created a warm and comfortable office environment.

Dr. James Wu provides a wide spectrum of medical, surgical, and cosmetic dermatologic care. He is a graduate of Einstein College of Medicine/Montefiore Medical Center in New York where he served as Chief Dermatology Resident. He brings with him extensive training in general, surgical, and cosmetic dermatology, in addition to excellent experience with skin cancer prevention and treatment, acne, eczema, seborrheic dermatitis, psoriasis, rosacea, vitiligo, alopecia, and warts.

Our focus is to treat people with skin disease effectively and completely. We strive to ensure that patients feel cared for from the moment they call for an appointment with a dermatologist, until their skin problem is resolved. Ulmer and Wu Dermatology has established a tradition of providing the highest standard of care while incorporating the newest technology and latest dermatologic research for the past 40 years. Our entire staff is committed to providing professional, knowledgeable and comprehensive service to each person who comes into our office. Whether you visit our office for the medical care of skin cancer, psoriasis, acne, or cosmetic dermatology, we will make every effort to serve you as we have in the last four decades – with the most comprehensive care available.

Leave Us A Review 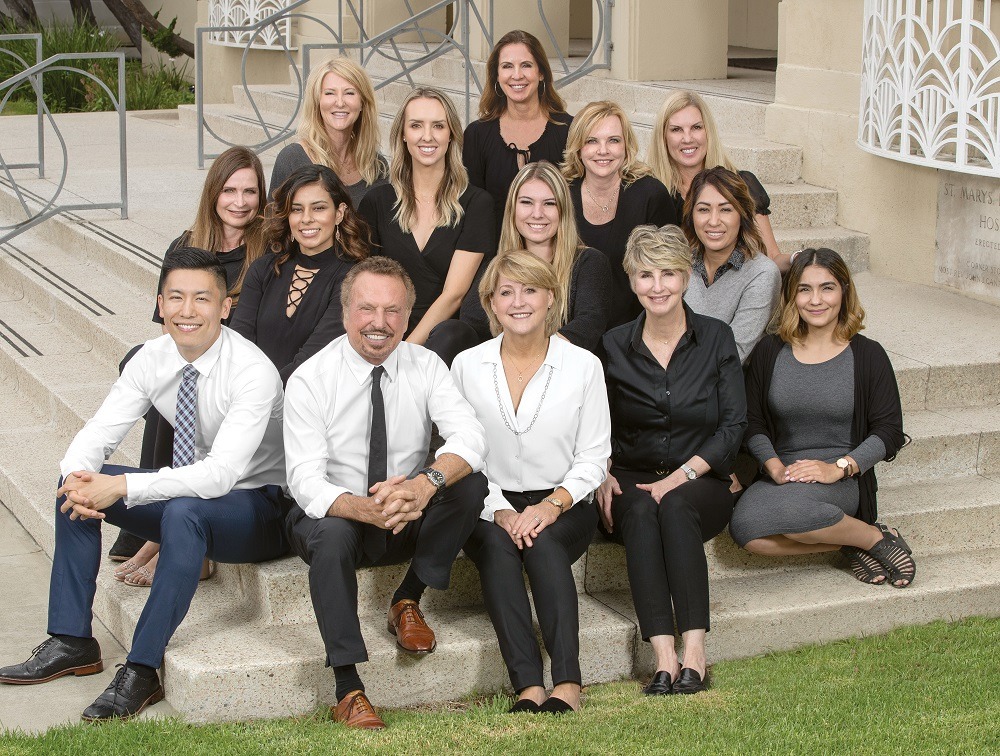 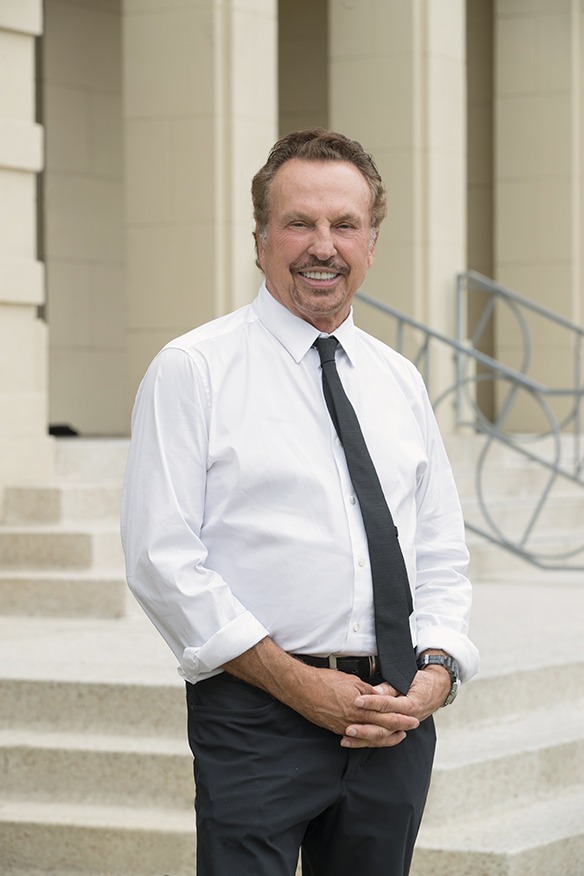 Dr. Ulmer was born on March 13, 1945 in Fort Myers, Florida and spent most of his youth in Akron and Toledo, Ohio. During his senior year of high school, Dr. Ulmer and his family moved to California, where he attended Pasadena Polytechnic School.

Dr. Ulmer attended DePauw University in Indiana, where he was a double major in chemistry and pre-med. He graduated in 1967 and was elected to the honor society Phi Beta Kappa. After completing his undergraduate studies, Dr. Ulmer moved west once again, to pursue his medical degree at UCLA School of Medicine. He graduated with honors in 1971 and was elected to the Alpha Omega Alpha Honor Medical Society.

Dr. Ulmer conducted his internship at UCLA Harbor General Hospital from 1971-1972 and completed his three-year residency program. He was the Chief Resident in the Dermatology Department in 1975.

Dr. Ulmer has been practicing dermatology in Long Beach since 1975. His vast knowledge, coupled with his no-nonsense approach and excellent service, has made him one of the leading dermatologists in Southern California. Over the last four and a half decades, Dr. Ulmer has established a tradition of providing the highest standard in his cosmetic and general dermatology practice. The popularity of cosmetic and laser treatments have surged in recent years causing dermatology to constantly evolve and accommodate the newest research and technology. Dr. Ulmer keeps abreast of the latest changes in the field by continuing his education and regularly attending conferences given by the American Academy of Cosmetic Surgery. He strives to add cutting-edge, new procedures to his arsenal of treatments and therapies.

With the opening of the Ulmer and Wu Dermatology Cosmetic & Laser Surgery Center in 2005, Dr. Ulmer has been able to serve the latest demands of his field. In 2017, Ulmer and Wu Dermatology introduced radiotherapy to treat basal cell carcinomas, squamous cell carcinoma, and keloids without surgery. Radiotherapy employs low voltage soft photons to eradicate cancerous cells without damaging normal adjacent cells thus removing skin cancers without surgery and scarring. There are no systemic side effects and this latest advance in the treatment of skin cancer has wide applicability for patients who desire no scarring – particularly on the face. Superficial Radiation Therapy (SRT) is also beneficial in treating older patients that wish to avoid surgery. 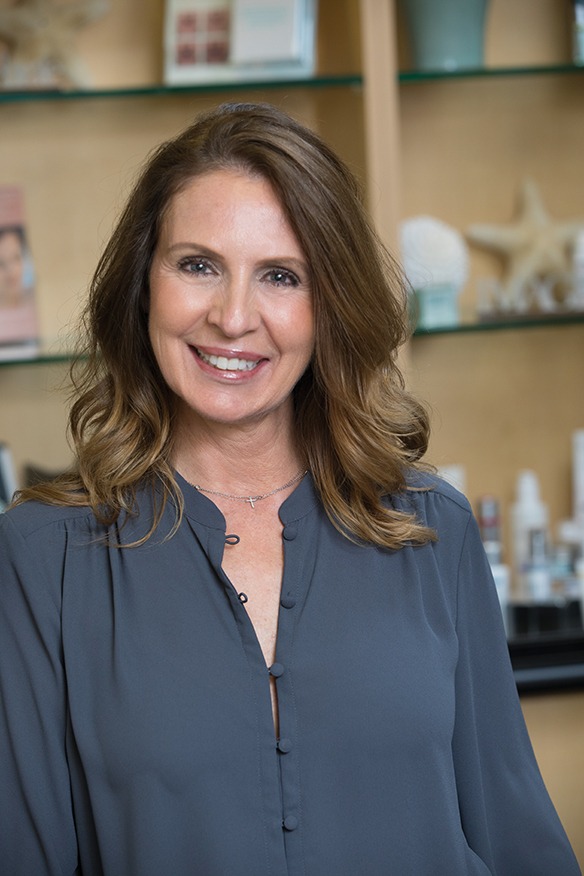 Marie is a lifelong resident of San Pedro. She graduated from San Pedro High School and attended Harbor Community College for two years, before joining Dr. Ulmer’s staff in 1983, more than 30 years ago!

Marie spent one year working in the front office, before moving to her longtime current position in the “back office”. She assists with general dermatologic procedures and cosmetic procedures such as dermabrasion, eyelid surgery, and scar repair.

Marie was so intrigued by the dermatological knowledge she acquired working with Dr. Ulmer, that she was inspired to continue her education. In 2005, she attended cosmetology school in Torrance, and, upon graduation, began offering her services to patients of the office.

Dr. Ulmer has found the skin care Marie provides to be extremely beneficial to our patients, especially those working around school and work schedules. With a focus on skin rejuvenation, Marie uses acne extractions, chemical peels, microdermabrasion and various masks in her arsenal of treatments, designed to treat those patients with everything from acne to hyperpigmentation.

Marie lives in San Pedro, and has two children. 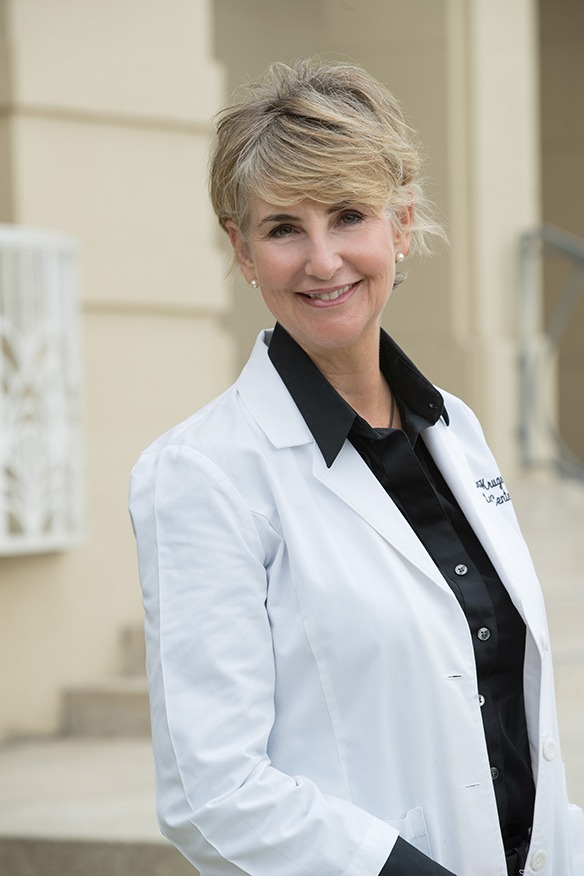 Dawn received her A.S. degree from Cypress College in 1980. She then went on to earn her RDA and CDA, and worked for six years in dentistry with Dr. William Ralston of Fullerton.

Dawn has worked at Ulmer and Wu Dermatology for over 30 years. She worked for 20 years as a medical and surgical assistant to Dr. Ulmer, before moving to the Laser Center, where she currently serves as director.

Dawn is the primary office contact for Mohs Micrographic Surgery, supporting patients throughout the entire process. She educates the patient about the procedure during the initial consultation, arranges the surgery date and pre-operative care, assists with the surgery, and maintains contact with each patient throughout his or her postoperative care. Dawn also serves as a Laser and Cosmetic consultant, where she informs patients about Photodynamic Therapy (PDT), Photofacials (IPL), Botox, Fillers, Fractionated CO2 Resurfacing, Dermabrasion, eyelid surgery, and (SRT) Superficial Radiotherapy.

Dawn lives in Long Beach with her husband Jim, and is actively involved in the community. 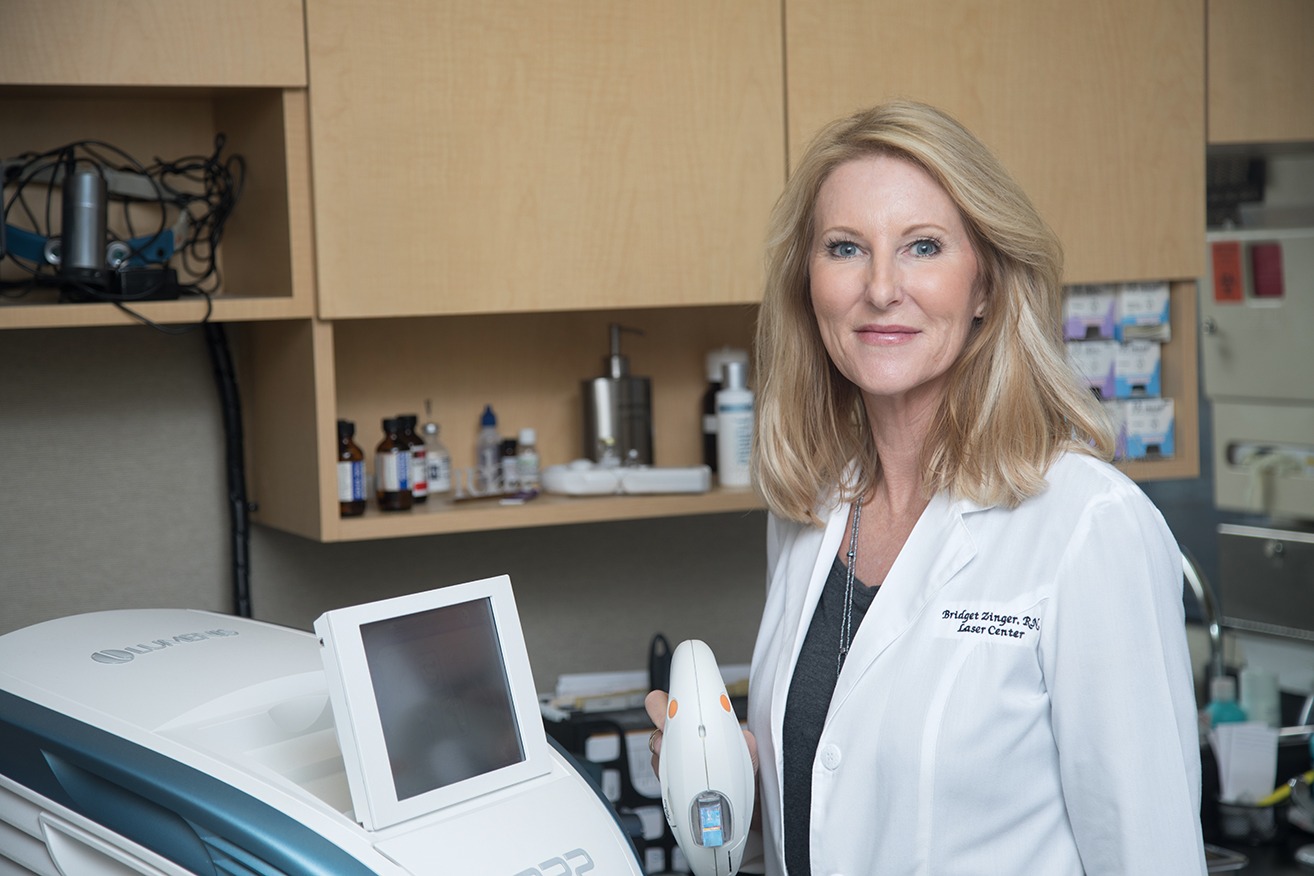 Bridget received her R.N. from the Long Beach City College School of Nursing in 1985. Throughout her 28-year career as a nurse, she has worked at Long Beach Memorial in Labor & Delivery, where she continues to work today.

Bridget joined the Ulmer and Wu Dermatology staff in February 2006 and brought with her 21 years of nursing experience. She lives in Cypress with her husband Ted, and has three sons.

Bridget is an integral part of our team and administers the following treatments in our Laser Center: 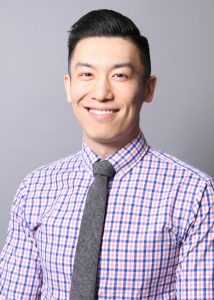 A dermatologist and cosmetic surgeon offering a wide spectrum of medical and cosmetic dermatologic care. He is a graduate of Einstein College of Medicine/Montefiore Medical Center in New York where he served as Chief Dermatology Resident. He brings with him extensive training in general, surgical, and cosmetic dermatology, in addition to excellent experience with acne, eczema, seborrheic dermatitis, psoriasis, rosacea, vitiligo, alopecia, warts, skin cancer prevention and treatment.

Prior to his training in dermatology, he completed his preliminary medicine year at UCLA – Olive View, and his Medical Doctorate at Chicago Medical School where he was inducted into the Alpha Omega Alpha honor society. He has won many awards and scholarships throughout his training and has written both magazine and scientific articles in addition to presenting at the annual American Academy of Dermatology meeting. He is currently on staff at St. Mary’s hospital where he lectures and teaches dermatology to the residents.

Whether practicing medical, surgical, or cosmetic dermatology, Dr. Wu provides the highest standard of care, while incorporating the newest technologies and latest dermatologic research into his treatment protocols. He makes every effort to serve his patients with the most comprehensive care available, guiding patients into improving all aspects of their skin 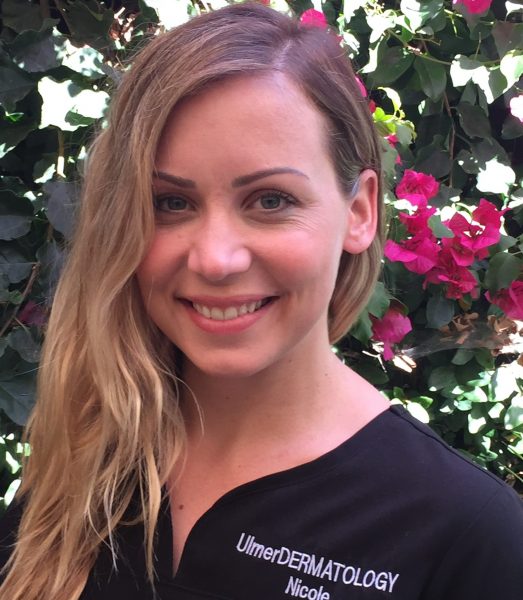 Nicole started her training with World Microblading under Microblading Artist Irena Chen. Nicole then went to train at the Microblading LA Academy under world renowned Microblading artist, Lindsey Ta. She has also taken an additional courses on color theory. 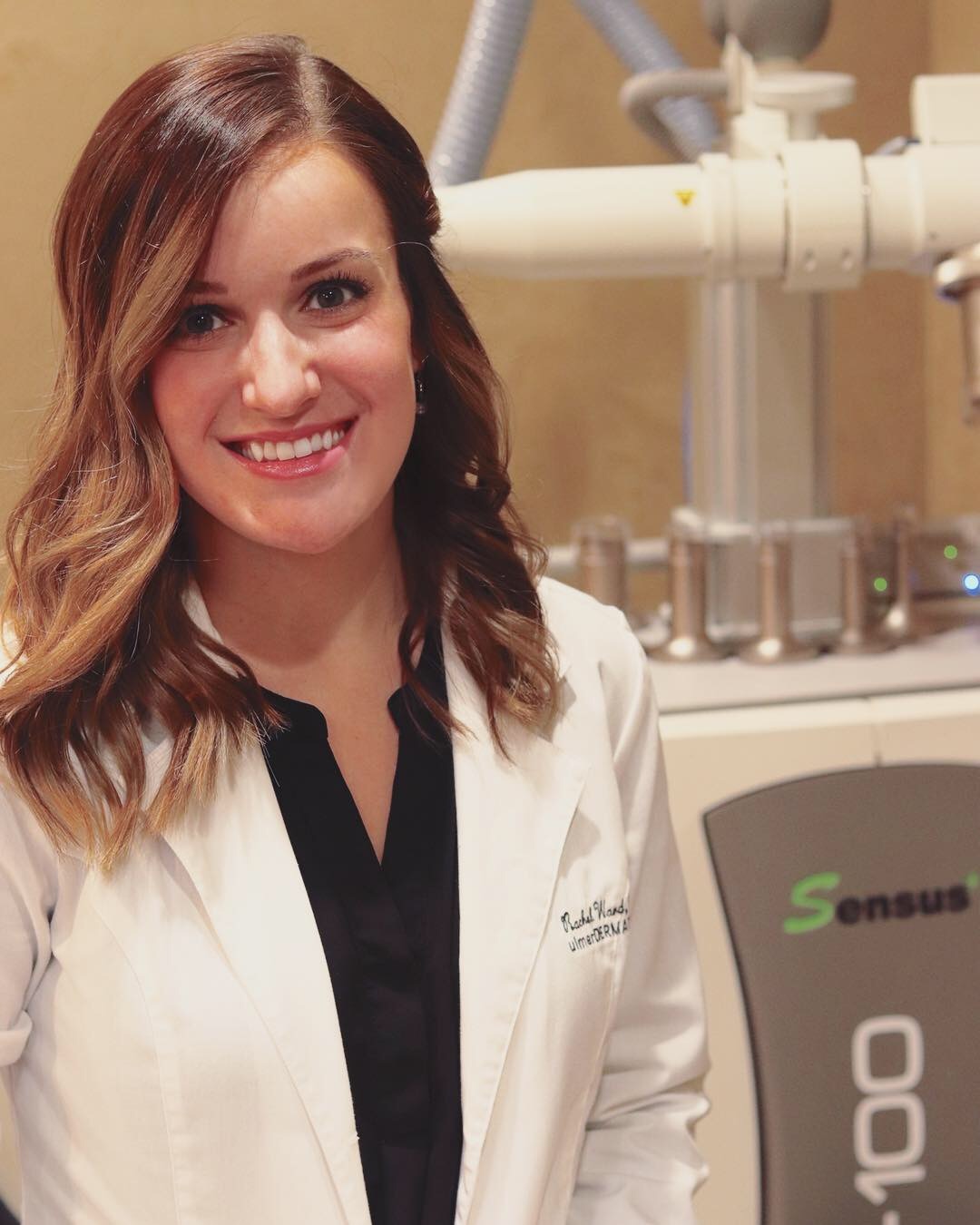 Rachel joined Ulmer and Wu Dermatology in 2018 and is the Radiation Therapist for the Superficial Radiotherapy Treatments (SRT). She uses the SRT-100™ to administer a precise, calibrated dose of Superficial Radiation that only goes skin deep. She painlessly delivers low-doses of radiation safely destroys non-melanoma skin cancer cells as an alternative to surgery. 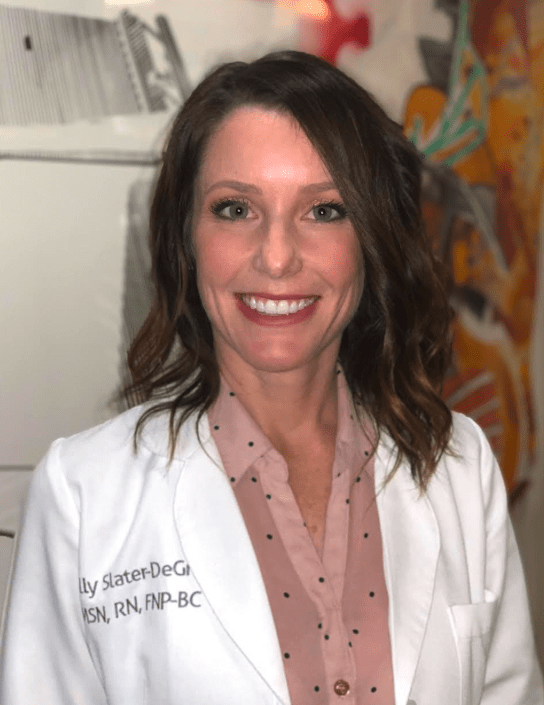 As a Family Nurse Practitioner, Kelly has been serving the communities of Orange County and Long Beach since 2004. She completed her undergraduate work at California State University Long Beach and was accepted into Vanderbilt University’s top-ranked Nurse Practitioner program. While in Graduate school at Vanderbilt, Kelly received her Registered Nurse licensure as well as a Master of Science in Nursing.

Kelly began her career working with the underserved population of Orange County at Casa De Salud Medical Clinic and Orange County Rescue Mission’s mobile medical clinic. She then went on to work at the CARE Clinic at Saint Mary Medical Center where she has been independently managing patients since 2006. At the CARE Clinic, she gained extensive experience in general medicine and developed an enthusiasm for dermatology.

Nationally Board Certified as a Family Nurse Practitioner, Kelly has undergone extensive aesthetic and general dermatology training including certification in cosmetic laser surgery as well as certification to administer dermal fillers and Botox. She has a passion for developing relationships with patients and educating them about their diagnosis, medications, disease process, and health.

Kelly is excited to be a part of the team at Ulmer and Wu Dermatology.