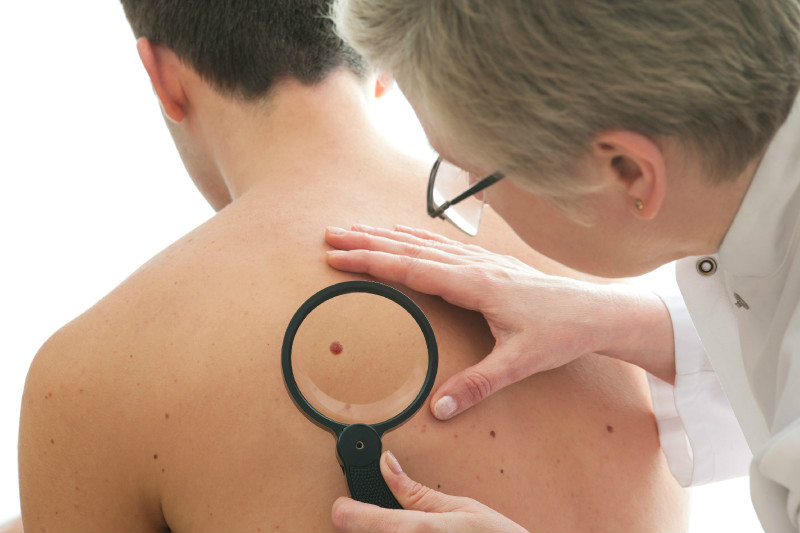 What is a Mole?

This is a common term for the medical designation of “nevus.”  The mole or nevus is a small, usually pigmented area on the skin which may be flat or raised. It may appear anywhere on the body, and may be present from birth. In general, most people develop between 60 and 100 moles during their lifetime. Many of these begin to appear in and around puberty. In many cases, a nevus cannot be distinguished by its appearance from a freckle.

What Causes a Mole? Are They Contagious?

The nevus is composed of a particular tissue cells called nevus cells. These cells are part of the skin, and are located in the lowermost epidermis (outer layer) and uppermost part of the dermis.

Nevi are not contagious, and have a tendency to be hereditary.

When Should a Mole be Removed?

Mole removal is a simple and painless procedure performed in our office. The following are considerations for mole removal: 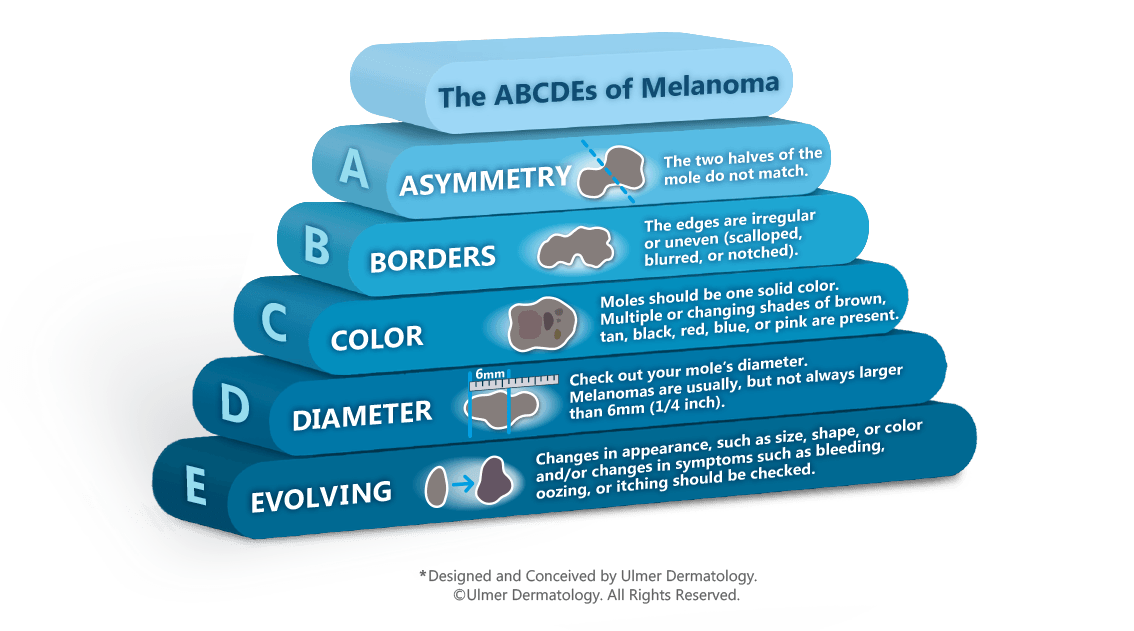 Can Mole Removal Result in Cancer?

The removal of a mole does not cause cancer or induce cancer in that mole.

When is a Mole More Likely To Be Malignant?

If there are suspected changes in a mole, do not hesitate to obtain a dermatology consultation. The following are suspicious changes:

How Do You Tell if a Mole is Malignant?

The diagnosis of malignancy in a particular nevus can only be made when the tissue is examined under the microscope by a dermatologist or dermatopathologist. Biopsy or surgical excision is required to determine malignancy.

Should Moles in Children be Removed?

Nevi that appear at birth or shortly thereafter are called congenital moles. These are not all suspicious for malignancy. The size of congenital nevi determines, in part, its malignant potential.  Large congenital nevi should be evaluated by your dermatologist.

In addition, hormones in puberty can change the appearance of moles and the number of nevi on an individual.  These changes are expected and should not cause alarm.  However, annual skin exams should be completed to evaluate new moles or changes in existing moles.

What Other Conditions Resemble Moles?

Will Removal of a Mole Leave a Scar?

Generally, there is little or no trace of removal. If excision is necessary, mole removal may leave a slight surgical trace that is barely visible.

Contact us today to receive a consultation for mole removal and possible melanoma treatment at our Long Beach dermatology office.

*There is no guarantee of specific results. Individual results may vary*